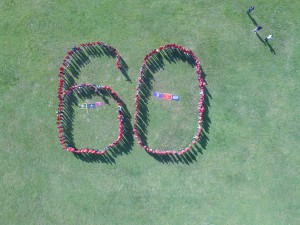 From 28th to 30th of April 2016, Association of Scouts of Montenegro had its annual Gathering. This year’s Gathering is special for being part of a series of events planned to mark the 60th anniversary of Montenegrin NSO’s. More than 200 Scouts and leaders of all age categories attended the event. At the seaside camp Buljarice, Cubs had a rich programme for the duration of the event, while Scouts had interactive workshops. A number of workshops were intended to educate and improve skills Scouts need in order to compete in the Scouting League which is being held for the second time this year.

Since 2016 is the year where we celebrate 60 years of continuous work with young people in Montenegro, this Gathering served as an event to present notable Scouts, Units and individuals from within and out 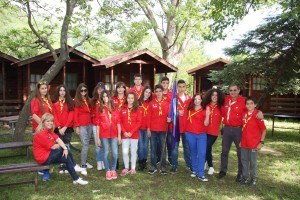 side of Scouting with awards from the Association. Scouts and units who contributed significantly to the Scout Movement in Montenegro were awarded Gold and Silver Lion medal, as well as “Eagle Scout Unit” and Eagle Scout medals.

Central event of 60th anniversary celebration will be held in November 2016, until when we have several activities planned.