An award for all 40 million Scouts at once? Really, for me? But why?

Early October 2015, Josephine Zana represented some 1,6 million Scouts of the 40 National Scout Organisations in the European Region of the World Organization of the Scout Movement (WOSM) at the “International Conference for a Green and Inclusive Economy” in Geneva, Switzerland. Together with Barbara (Interamerica Region), Elena (Eurasia Region), Sornsawan (Asia-Pacific Region) and Hamid (Arab Region) and a few other Scouts she received, on behalf of all 40 million Scouts around the world, the frist “Youth Leadership Award for the Environment”. (Pamela, representing the Africa Region had to cancel her trip not having been granted a visa). Here is Josie’s story.

An award for all 40 million Scouts at once?  Really, for me? But why? Yes! And it is the first ever “Youth Leadership Award for the Environment” awarded “in recognition for environmental and humanitarian commitment”. And it is indeed for you and me and all the other Scouts around the world! 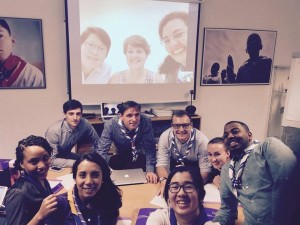 The award acknowledges all efforts and commitments to a sustainable environment on local, regional and national level: all efforts by all of us! In essence, this is a recognition of one of our key foundations: “Nature study is the key activity in Scouting and Guiding.” (Robert Baden-Powell).

This conference was a platform for dialogue in the build up to the COP21 conference (the 21st Convention of Parties) in Paris later this year, which sets out to outline a roadmap to reduce concentrations of greenhouse gases to mitigate their negative influence on the earth. Speakers such as Martin Lees, and Peter Poschen outlined the current situation the planet is in as well as the resulting outlook for humanity according to projections. A big leap shall be taken during COP21 to conclude, for the first time in its history, with a legally binding and universal agreement aimed at keeping global warming below 2°C. This means concrete action! To honour a movement with a long history and a bright future of action, Scouting has been awarded with this prize. 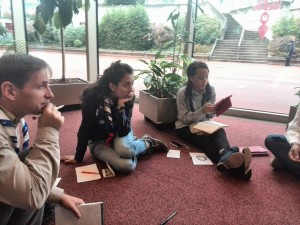 Discussing next activities as #YouCanCountOnUs Ambassadors

As young people, we play an important role in decisions concerning the future as well as securing their implementation. Along with that, as Scouts we already play a large part in implementing a wide range of approaches ensuring a sustainable environment and creating a better world for humanity: from record breaking projects such as the planting of 800 000 trees in one day in Ecuador to local environmental programmes suited to different ages in our Scout groups.

Such an award might seem slightly separated from our realities and making the connection to local Scouting might take a little thought detour; but think about it, through anything you do in Scouting and based on the principles and values we have – we actively work towards a better world.

Across the European Region for example, several Scout Centres have become SCENES (a “Scout Centre of Excellence for Nature and Environment”) by making a long-term commitment to protect the environment and to promote environmental understanding. Another example is the “Lets do it! Greece” campaign of Ελληνικός Προσκοπισμός (the Scouts of Greece) in 2014 and 2015, participated in the “Let’s do it! World” campaign and organised cleaning up programmes in school yards, village parks and local forests, along riverbanks and on coastal beaches all around the mainland and islands of Greece. One last example is the Green Future Scout Environment Seminar organised by DPSG (Germany) resulting in several ecological project ideas such as a handbook with nature games. Needless to say there is so much going in every area of sustainability and in many other National Scout Organisations (NSOs) and Associations (NSAs) in our Region. The few examples are simply a snapshot of the numerous environmental projects and actions being undertaken by Scouts in our Region. An award of this magnitude applauds the magnitude of action we take! 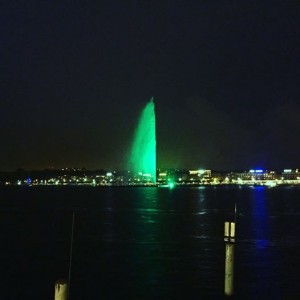 Behind the motto and hashtag #YouCanCountOnUs, Scouting provides a myriad of practical solutions and sustainable approaches to build a better tomorrow. So clearly by simply doing what we do best, we deserve this and the world can count on us! So, do not forget to join the conversation using the hashtags #youcancountonus and #betterworld and continue to post, show and share your environmental projects and programmes.

As a recipient of this award, you can download your personal certificate.