(WOSM Europe/Brussels/June 2014) – My name is Eva M. Haunerová. I am a Czech Scout and came to Belgium four months ago to work in the Brussels Office of the European Region of the World Organization of the Scout Movement (WOSM). This happened because my National Scout Organisation (Junák – svaz skautů a skautek, The Association of Scouts and Guides of the Czech Republic) is partner of a project of the European Scout Region supported by the Youth in Action Programme of the European Union. Junák had been selected to be a part of this project and I was given the opportunity to work as an ‘Assistant of External Relations and Funding’ in the Brussels Office for six months. The project requires me to be a support of the Office but also a resource for activities of Junák. You can read my previous stories on the website of WOSM to find out how I arrived and settled down.

This short photo report shows you more about my Scout adventures here in Brussels. It covers the period from the end of March until now. 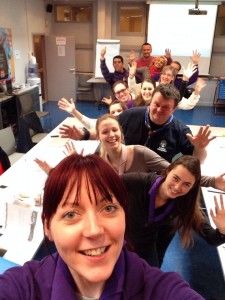 At the Diversity Event I in Brussels

At the end of March I had an opportunity to join the 4-days Scouting for All – Training of the European Region Pool of Consultants which took place in Brussels (Diversity Event I). During this event, I received a lot of interesting information on diversity and inclusion and met a group of great friendly people! 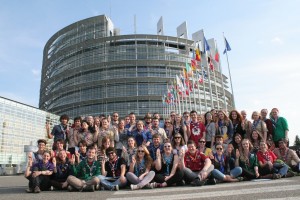 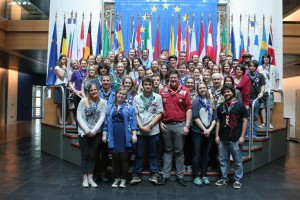 In April, I was helping with administrative matters of Agora (a peer-lead networking event for Rovers) and at the end of that month I joined the 45 participants in Strasbourg, France. One of the planned activities during Agora 2014 was a group visit of the European Parliament. Quite impressive! 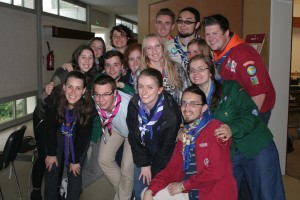 Some new friends met at Agora 2014 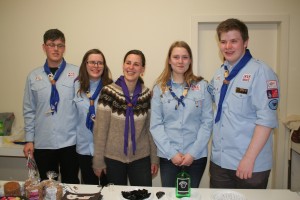 In the rest of time I was responsible for a photo report from the event and for some administrative follow-up (travel reimbursements, etc.). But of course there were plenty of other jolly moments with other participants. 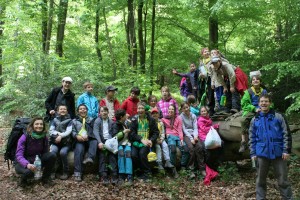 No. I did not loose contact with local Scouts. Here is the proof.

In May, I joined a local Scout Group from Brussels for a three-day camp at Abbaye de Brialmont. We were camping on the grounds of the abbey, playing a lot, enjoying outdoor activities and spent memorable moments around the evening campfire. 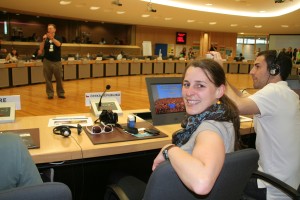 Looking behind the scenes (1): Open day at the EU Institutions in Brussels 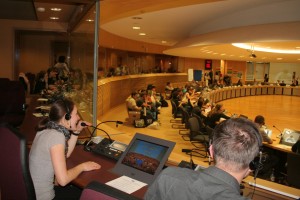 Looking behind the scenes (2): Open day at the EU Institutions in Brussels

On 17 May, during the open day at the Brussels based EU Institutions, I took advantage of visiting the Berlaymont building, home of the European Commission, the executive body of the European Union. Amongst other things, I visited the Schuman Conference Room where I joined interpreters and tried out myself what it means to simultaneously interpret from one European language to the other. 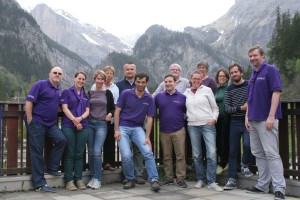 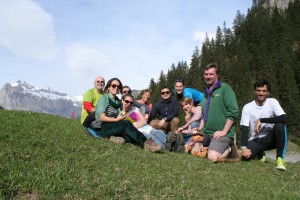 During the second half of May I travelled to the Kandersteg International Scout Centre (KISC) situated in the heart of the Swiss Alps and attended the annual planning meeting of the European Scout Office Team. We discussed many different topics, reviewed the previous year’s activities, draft next year’s budget, developed future action plans for the Regional Office; and in the late afternoons we took the opportunity to discover the wonderful surroundings of Kandersteg and enjoyed less formal moments with our colleagues. 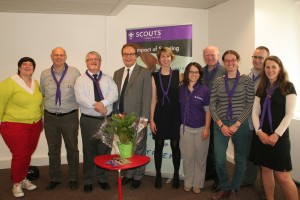 On 27 May, shortly after having returned back to Brussels from Switzerland, we welcomed more than 40 guests for the official opening of the new premises of the Brussels Office of the European Scout Office. We are now located a lot closer to offices of other youth organisations and the European institutions. Incidentally, our colleagues from the Europe Office WAGGGS had moved to the same address just a couple of weeks earlier. 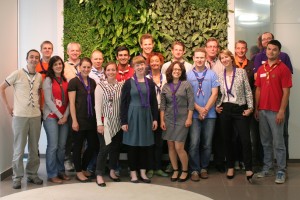 Yes. Fundraising can be fun!

On 16-18 June I joined sixteen participants from 12 European countries at the first Fundraiser Network Meeting of the European Scout Region in Brussels. This three-days meeting aimed at supporting fundraising activities of NSOs and NSAs by sharing best practices, building partnerships and acquiring new knowledge from external experts from business sector. 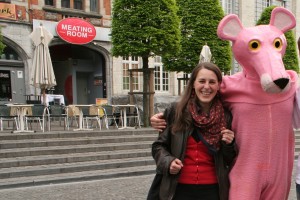 With one of my many new friends in Brussels

Being a member of the European Scout office gives me a lot of inspiration for my personal, professional and Scout life. Living in a foreign country is always an enriching experience in many ways: meeting new people, acquiring new knowledge and skills, discovering new places; all this brings me new experience and broadens my horizon.