Let’s do it! Greece 2014: Scouts of Greece help leave their communities a little better than they found it!

(SEP/Athens) – “Let’s do it! Greece”, is part of the “Let’s do it! World” campaign, which is the largest and most rapidly growing, global, voluntary campaign on environmental awareness. The campaign takes place in 108 countries around the world with some 9 million volunteers actively involved: every year in Spring, people in all corners of the planet clean up their local communities and advocate a strong message about the protection of the natural and urban environment. And this year, the Scouts of Greece were part of it! 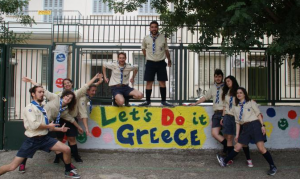 Proudly looking at the result: a clean and proper schoolyard

Earlier this month, on 6 April 2014, members of Σώμα Ελλήνων Προσκόπων (SEP, Scouts of Greece) participated in this year’s campaign and organised cleaning up programmes in school yards, village parks and local forests, along riverbanks and on coastal beaches all around the mainland and islands of Greece. 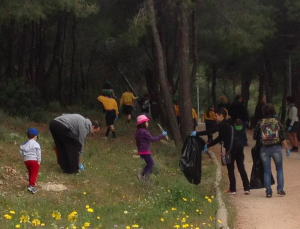 The whole Scout Group is involved: cleaning the local forest

From Crete to Thrace and from Chios to Patras, Scouts, their Leaders and friends encouraged people of all ages to join them in this “spring cleaning” and thus making a positive change to their local communities. Hundreds of forests and streams, beaches and historical monuments around Greece were cleaned and are now ready to be enjoyed be everyone! 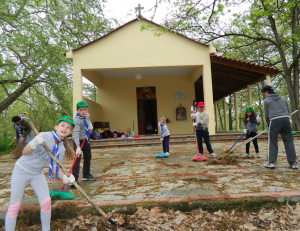 Let’s clean our church yard, too!

The Scouts of Greece have already renewed their commitment and will again be part of next year’s “Let’s do it! Greece” campaign in Spring 2015. Will you, your local Scout Group or your National Scout Association join a similar campaign in your country?