Barcelona, 17th to 19th May, 2013 – The Working Group just finished its last meeting within the current triennium. Meeting provided much needed time to review and finalise remain tasks and objectives under this priority of the Regional Scout Plan.

The update to the Embracing Change Action Plan presented a high definition to the compiled fields of work. The attended members discussed effective the core areas

The necessary issues for the next steps in the future as well as for the triennial report will be arranged within the next weeks. 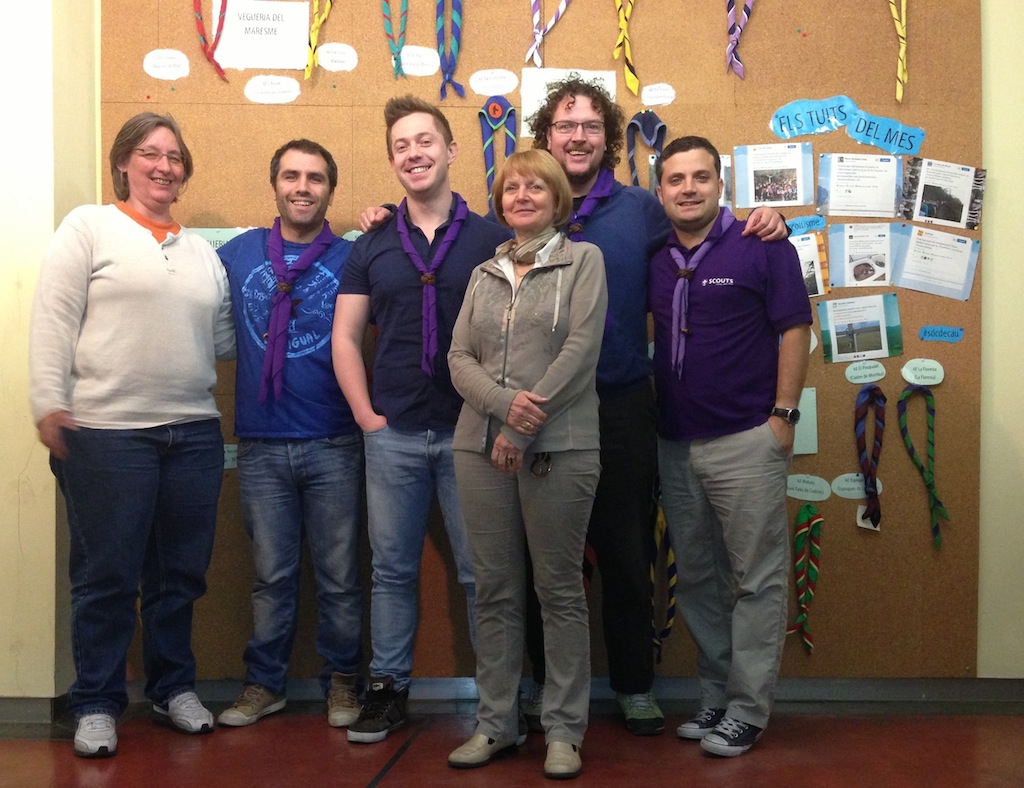 Members of the ECWG (left to right: Rose-Marie, Christos, Radu, Therese, Jordi, Mihajlo. Missing on the picture Kevin and Ib)

The members of the working group supplied a brilliant work with the cooperation of the respective core groups.

We would like to thank to Federació Catalana d’Escoltisme i Guiatge for providing us with meeting venue and being a great host!