(Schellenberg/PPL) – In less then three months from now, the Pfadfinder und Pfadfinderinnen Liechtensteins (PPL, the National Scout Association in Liechtenstein) will be welcoming some 200 Scouts and Guides from across Europe to a very special adventure: Dwarfs United, the second European Small Nations’ Mini Jamboree, taking place at Castle Schellenberg from 27 July to 2 August 2013. 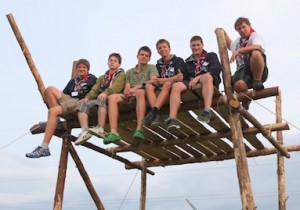 Scouts from Liechtenstein relaxing at the 2011 World Scout Jamboree

“This will be the second time that young Scouts and Guides (aged 12 to 16 years) from Europe’s small nations will come together for a Mini Jamboree”, explains Robert Kranz, the event’s camp chief, “The Mini Jamboree is a small and easy-going international camp and – apart from its size – quite similar to the World Scout Jamboree!” 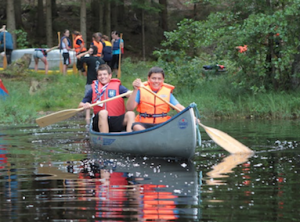 The idea had been borne some years ago and participants of the first European Small Nations Mini Jamboree in 2010 still remember memorable days spent together with new friends in Iceland. “It’s like the Small Nation’s Olympic Games or the Small Nations’ Football Tournament”, says Robert, “And what, you may ask, do countries like Cyprus, Malta, Luxembourg, Monaco, Iceland or Liechtenstein have in common? Not a lot, if you look on the map: they are spread out all over Europe; they don’t share a lot of their history; they don’t use the same language. The only obvious thing they have in common is the fact that these countries are small in size and/or population. And this explains the choice for this year’s theme and logo: Dwarfs United!” 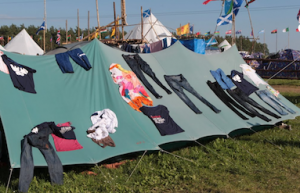 Robert and his friends in Liechtenstein have prepared an exciting programme, including a 24-hour hike to the summits of the Principality, a Small Nations’ Competition, the traditional International Evening focusing on cultural and culinary exchanges, a Mini Jamboree Triathlon, and lots of other fun and adventure. All this in and around the idyllic camp site at the magnificent old Castle Schellenberg! And in addition, those interested can add extra three days in Vaduz and enjoy famous Liechtenstein hospitality. 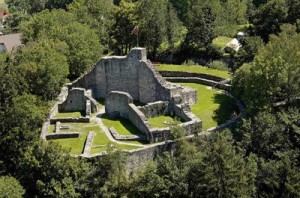 The camp site at Castle Schellenberg in Liechtenstein

Obviously, only small countries with their proper Scout and/or Guide Associations can attend, so Andorra and the State of Vatican City will not be present. Qualifying Small Nations therefore are: Cyprus, the Faeroe Islands, Greenland, Iceland, Liechtenstein, Luxembourg, Malta, Monaco, Montenegro and San Marino.

So, if you are a Scout or Guide (aged 12 to 16 years) in one of these countries and are interested in attending Dwarfs United, ask your International Commissioner for details and start planning your trip!

For further details:
– About the second European Small Nations’ Mini Jamboree, in the Information Booklet, on the Internet and on Facebook
– About Scouting and Guiding in Liechtenstein on the Internet