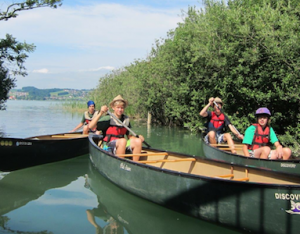 We have spoken with Michael Steinmetz, camp director at Zellhof, who recalls: “Techuana Scout Centre in Carinthia, in southern Austria, was one of the first SCENES Centres worldwide. When SCENES was promoted during one of the recent Centre Managers Conferences of WOSM, we asked ourselves, whether it was beneficial to obtain this certification for Zellhof as well. And after some internal discussions and exchanges with the National Board of Pfadfinder und Pfadfinderinnen Österreichs (PPÖ, the National Scout Organisation in Austria) we quickly decided to apply as well.”

Uzair Kamal, from the World Scout Bureau’s Asia-Pacific Regional Office, who coordinates the World Scout Environmental and  SCENES Programmes, explains the philosophy behind SCENES: “SCENES is the acronym for Scout Centres for Excellence for Nature and the Environment. This title already explains the scope and aim of the programme. A SCENES Centre is a very special place. Each SCENES Centre is committed to protecting its natural environment, minimising its environmental impact and enabling visitors and staff, as well as others involved to engage with nature and become empowered to make their own personal commitment to the environment.”

Initially developed in the 1990s as an initiative of WOSM to promote the protection of nature and the environment, the SCENES Programme now allows interested Scout Centres around the world to undergo a certification process and become formally recognised as a SCENES Centre. 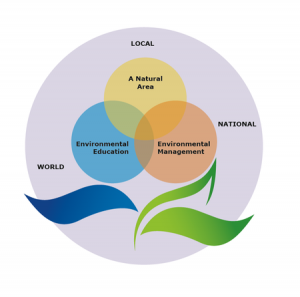 Michael recalls this process: “The accreditation process includes a self assessment as well as a peer review by a recognised SCENES Centre. Both processes aim at evaluating whether the three key requirements are met. We had to show that Zellhof is situated in a natural area, where Scouts can easily get in contact with the beauties of nature. In addition, our regular programme offer has to include environment education and the Centre has to follow environmental management practice.” 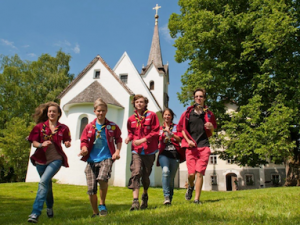 “Pia, from Næsbycentret in Denmark, who accompanied us during this process, was really a great help,” continues Michael, “with her, we run through the check list and evaluated where we were with regards to the objectives of SCENES. We realized, that in many areas we already were in line with the requirements but also identified some areas, which would merit improvement, or where a review of current practice was perhaps necessary.”

Regular reviews will guarantee that the Pfadfinderdorf Zellhof will continue to live to the high standards required by a SCENES centre. And the membership in the SCENES Network will allow fruitful and inspiring exchanges with other Scout Centres around the world. 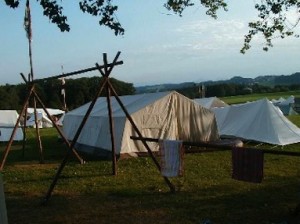 The team at Pfadfinderdorf Zellhof is now in the middle of finalising the programme for the new season and looking forward to welcoming thousands of young Scouts and Guides from all over Europe for their annual summer camps. They will be the firsts to fully profit from the Zellhof’s new status as a certified SCENES centre.

And when will your Scout Centre undergo a certification process and be listed as a SCENES Centre?