Malta the Capital of the European Scout Region for a Weekend: Networking, Sharing, Reviewing and Planning

(La Valletta/SAM) – Between 8 and 11 May 2013, Malta was the centre of the European Scout community, with four international meetings taking place on the Mediterranean island for the very first time, bringing over 60 participants from 19 different countries and as many National Scout Associations to the island. 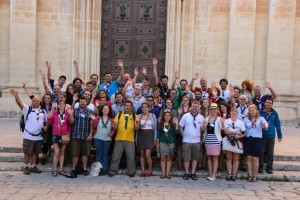 Two of these events, RoverNet and VentureNet, focused on the Rover (18 – 22 years of age) and Venture (14 -18 years of age) Scout Sections. The event allowed participating National Commissioners to explore the potential support initiatives offered by the European Region in further developing the programme of these Sections, to get updates on the recent developments within the World Organization of the Scout Movement (WOSM) on issues pertaining to the informal education of adolescents and post-adolescents and to facilitate contact and partnerships between different National Scout Organisations in the European Region of WOSM on issues of common interest. 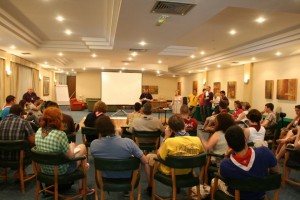 Concurrently two internal meetings of the European Scout Region also took place: a meeting of the Regional Steering Group and a meeting of the Organisational Development Core Group. Both meetings focused on the work of the Region over the past three years and the reports that will be presented to the European Scout Conference in Berlin this August. 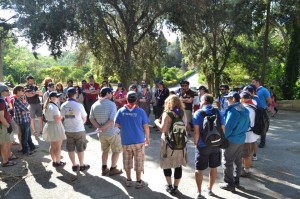 Sharing, Exchanging, Networking and Enjoying the Beauties of Malta

At the end of the weekend, Leslie Bonnici, Chief Commissioner of the Scout Association of Malta, thanked the European Region, saying that the Scout Association of Malta and its members were grateful for having been asked to host the events in Malta. He hoped that all participants had had time to discover some of the beauties and heritage of the island in spite of their full agendas. He also thanked all volunteers of his association who had been involved as participants or had assisted and supported the different events ensuring successful meetings.

Local media coverage:
– in Di-Ve
– in the Malta Independent