On 28 December 1912, a small number of well meaning people from different communities gathered in Budapest to establish Magyar Cserkészszövetség, the Hungarian Scout Association.

As Havasi Máté from the Hungarian Scout Association said:

“A few good men assembled and set out to create something new. That is how great things start. That is how the Hungarian Scout Association was formed, one hundred years ago. What happened since then was not always easy or joyful: besides hard work, they had to deal with proscription, rebirth, and everything the 20th Century could come up with.”

Fast forward 100 years to the day since the Hungarian Scout Association was established, some 400 Scouts gathered in the Houses of Parliament in Budapest on 28 December 2012 to take part in a special service of celebration and recognition. Amongst the 400 Scouts who assembled for this historic occasion were a number of Hungarian Scouts from neighbouring countries, and countries farther afield where Hungarian Scouting continues to this day. 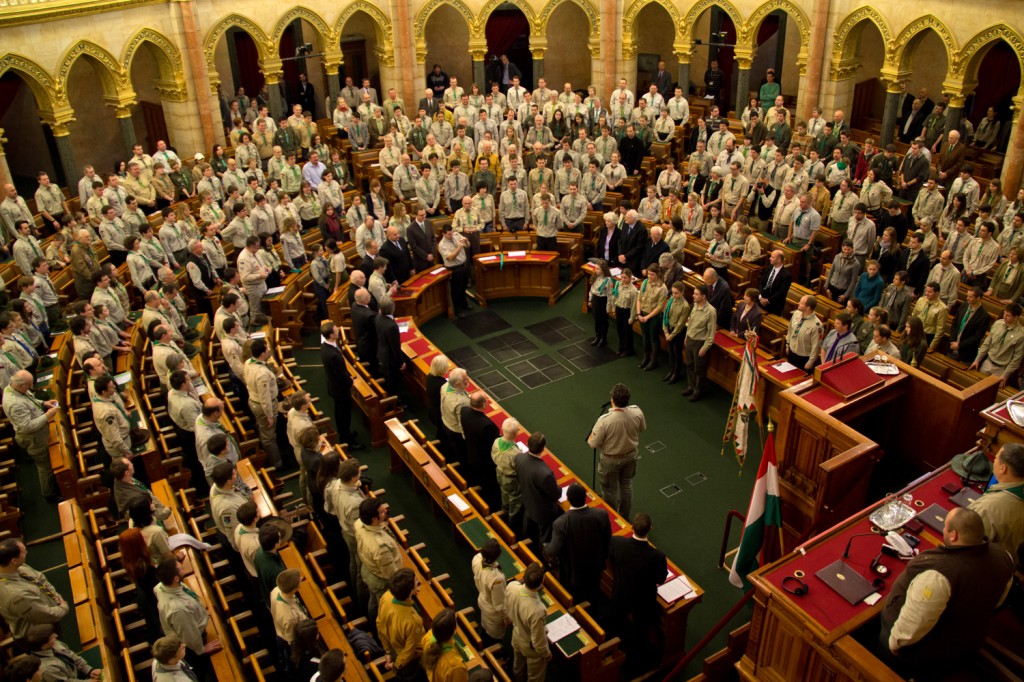 Scouts gathered in the Houses of Parliament

As well as a moment to celebrate, this special day was also a time for remembrance, recognising the challenges that Hungarian Scouting had during the middle and later part of the 20th Century.

As Havasi Máté from the Hungarian Scout Association remarked:

“We shared this moment with our brothers in Scouting. Luc Panissod, the Secretary General of WOSM sent a video message. Craig Turpie, Chairman of the European Scout Committee, came to the session in person and gave his speech, as did the current leadership of the Hungarian Scout Association. In addition, five of our new members made their Scout Promise here; some of them were Cub Scouts while another was an adult Scout.”

As Craig Turpie commented during his speech:

“The centenary of Scouting in any country is a moment to pause and reflect, but even more so in Hungary when one looks back and considers how at certain times, Scouting was faced with some remarkable challenges. That Scouting survived in Hungary during difficult times is not only recognition of the power of the concept of Scouting, but also importantly it is recognition of the commitment and sacrifice made by many who kept the flame burning.

As well as looking back, such moments are also important for looking forward.

Scouting in any country should be encouraged to develop, in order to rise up and meet the needs of young people today and tomorrow. Your association has moved on considerably in the last few years and I would encourage it to continue to move forward, reaching out to more young people from different backgrounds from all across the country.” 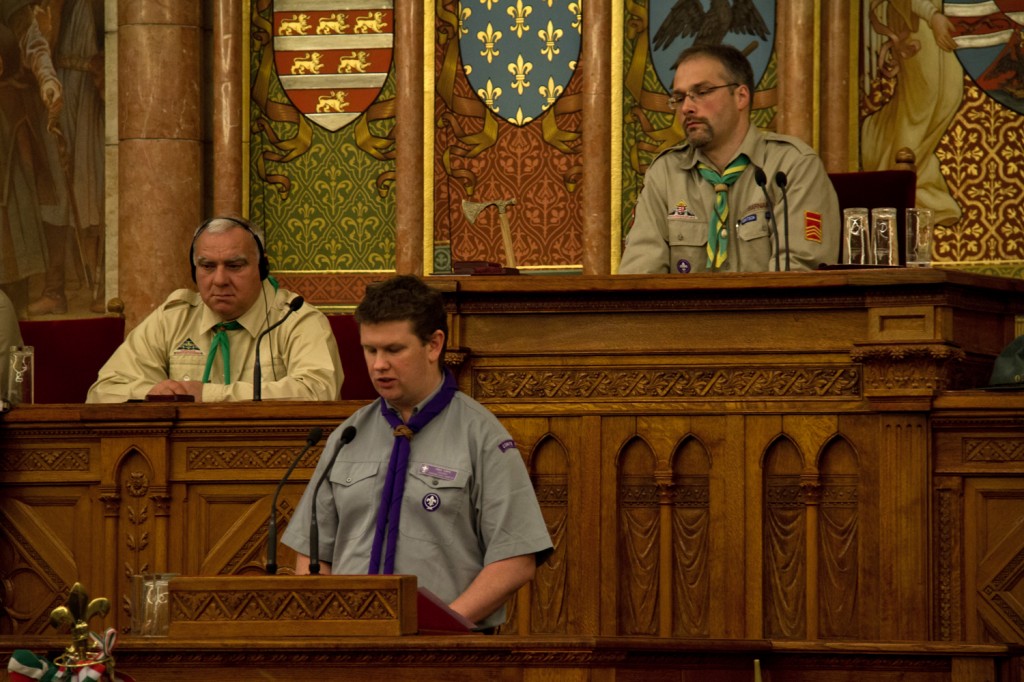 After the service in the Houses of Parliament, the participants visited Kálvin Square to see the memorial tablet at the exact place where the Hungarian Scout Association was founded 100 years ago.

Participants visited Kálvin Square to see the memorial tablet at the exact place where the Hungarian Scout Association was founded 100 years ago.

Craig comes from the United Kingdom and was Chairman of the European Scout Committee and a Member of the World Scout Committee. He was following the Region's work on Organisational Development. Craig was also a committee contact for Andorra, Hungary, Kosovo, Latvia and Spain.