(Praha/Junák) – 100 years ago the idea of Scouting came to the Czech lands and the Scout Movement, which now is the biggest movement for children and youth in the Republic, started. Few are those who may have thought in 1912 that Junák – the Association of Scouts and Guides of the Czech Republic would have more than 45000 members a hundred years later and be so popular that nearly every second child wants to join Scouting.

24 April 2012 was one of the highlights of the jubilee year: “The Centenary Day” or “Skautský šátkový den” in Czech. On this day, the actual birthday of Czech Scouting and Guiding, all Scouts and Guides proudly wore their scarf and showed their affiliation with the Movement – at school and at work, in the streets and in the shops, and even at the parliament. Across the country, hundreds of smaller or larger birthday parties marked this special day. The visibility in the streets was accompanied by a series of articles in newspapers and features on national TV, reflecting the role Scouts and Scouting continue to play in the Czech society.

Two special activities were organised to mark the centenary. Both aimed at sharing the rich history of Czech Scouting not only with the young members but also with their families, friends and the society at large. The exhibition “A Slightly Better World” opened in Prague, the country’s capital city, in March and illustrates various aspects of the Movement: being colourful, having fun, living the adventure of life, developing and living leadership skills, experiencing life-long learning, showing respect and sense of duty. And earlier in the year, “Skautské století“ was published, a beautiful book recalling the first one hundred years of Junák, its meaning and significance, its personalities and actors, its achievements and challenges, as well as the benefits it offered to the Czech society and the non-formal education of the country’s young citizens. 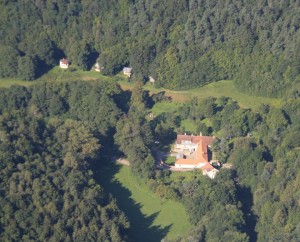 The centenary celebrations will continue later during the year, when the Kaprálův Mlýn Scout Centre will be opened as the country’s first international Scout centre – and as such linked to the worldwide network of Scout Centres of Excellence for Nature and Environment (SCENES). The newly refurbished Centre now provides excellent facilities for Scouts and Guides wishing to discover unspoilt nature and environment.

Over the last 100 years, Scouting in the Czech Republic saw a number of ups and downs. And today Junák is proudly reporting a continuous membership growth across the country and all age sections, not only due to the completely redesigned Youth Programme but also thanks to the engagement of many committed Leaders and the support of families, friends and the political establishment.

(Thanks to Dovile Barcyte, EVS volunteer at Junák, for her contribution to the text.)