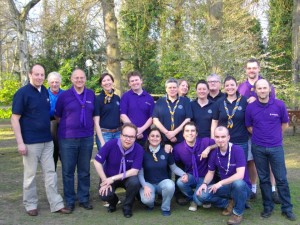 An update on progress made and challenges encountered by the Working Groups and Core Groups and a review of the budgetary process were major points on the agenda of the recent meeting of the European Regional Scout Committee at Gilwell Park, the historic Scout Centre of The Scout Association (UK) located on the edge of London.

The Committee also adopted a position paper on Volunteering and received a report on the Office’s human resources development from the Regional Director.

Committee members renewed their contacts and had exchanges with representatives of The Scout Association (UK) at a reception held by the Association’s National Board.

A session of the Joint Committee of the European Scout Region and the Europe Region WAGGGS took place as well, during the course of which the host countries of upcoming Joint Events were selected: the International Commissioners’ Forum will be held in Athens, Greece, in December 2012, and Roverway 2016 will be held in France.