On a regular basis, examples of existing partnerships between Europe and other regions will be presented as the partnership of the month:

The Caucasus Cooperation Project Switzerland (CCP) is a partnership between Swiss and Georgian Scouts. It started in 1999 at the Jamboree in Chile, where Scouts of Azerbaijan invited Swiss Guides and Scouts to the Caucasus region. In the beginning, the exchange was informal. However, the idea of a more formal exchange developed while friendship and mutual interest helped to broaden and deepen the contact.

The first two camps in 2000 were followed by summer camps and trainings almost every year in either Switzerland or Georgia. Since 2004, CCP is an association under Swiss law, about 15 Swiss Guides and Scouts are actively involved. In 2007, a three year project was realized in the city of Rustavi. In 2010, a five year project was launched. This current project is generously financed by the Mercator Foundation Switzerland.

With the progress oft he project, the partnership was formally established between the Georgian Organisation of the Scout Movement (GOSM) and the Swiss Guide and Scout Movement (SGSM) in close cooperation with CCP.

Especially in the beginning, it was a challenge that CCP was depending on external funds to realise the project ideas. Added to that were different approaches of Swiss and Georgians in the methods of planning and implementing projects. And as the technical means developed quite fast during this decade and are now less of a problem, the cultural differences in communication remained a challenge. However, both partners were aware of these differences and both had the will and the mutual understanding to overcome all obstacles.

Looking back, the project grew quite big and is now well established within both National Scout Organisations. It was very important however, that every phase was realized step by step with a lot of enthusiasm but also patience, adapted to our limited resources, evading over-ambitious projects, but always keeping in mind our vision. Our advice is therefore to start small, to let the partnership genuinely grow by focusing on friendship, a common vision and activities that are planned to achieve this vision.

Finally, the Caucasian culture and natural heritage is definitely worth to make a unique Scouting experience. 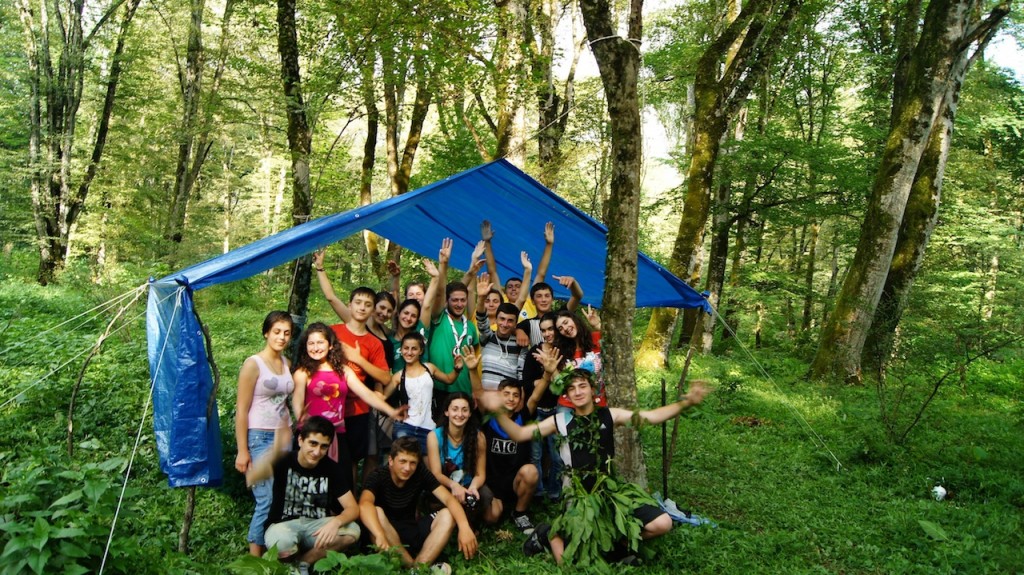 Tagged with: Partnership of the month • Switzerland

Matt is from the UK and he works with the Partnerships with Other Regions and on External Relations groups. His email address is mpaiton@gmail.com if you have questions or ideas for him and his twitter username is @mpaiton.