A very successful meeting ot the “Friends of Scouting in Europe (FOSE)” took place in Vienna on February 24, at the occasion of the Conference of the German Speaking Scout & Guide Associations.

In the presence of both the Chief Guide and Chief Scout of the Austrian Scouts & Guides, and with Andrea Demarmels representing the European Scout Committee, a total of 12 (!!) new “FOSE” were welcomed by Jorgen Rasmussen and René Karla, president and vice president of the European Scout Foundation. 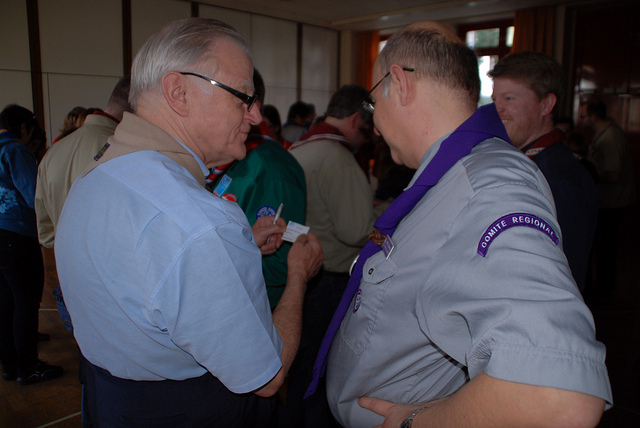 During the meeting, the well known Austrian violinist and Scout leader, Dieter Benedek, brought Vienna’s musical spirit alive in Vienna’s oldest concert hall, the “Sala Terrena”,  to much acclaim from the participants. An overview of the work of the European Scout Foundation,  reports on the “small projects” and a first pre-information on the next annual “FOSE” gathering which will be held in Sarajevo, Bosnia, Oct. 11 – 14, 2012, rounded up the meeting.