(Geneva/ERO) – An update on progress made and challenges encountered by the five thematic Working Groups and the three supporting Core Groups was a major point on the agenda of the recent meeting of the European Scout Committee at Pax Lodge, the WAGGGS World Centre in London (United Kingdom). The Groups have now moved from conceptualisation and data collection to targeted delivery and support. Information collected from the Needs and Strength’s Analysis Self Assessment Questionnaire has lead to a number of specific tailored support actions. A total of EUR 38,500 will be allocated this year to ongoing and new projects supported by the Region’s Partnership Fund. It was decided to publish a list of all funding opportunities available to NSOs and NSAs in Europe before the end of the year. These include Messengers of Peace, the Erik Frank Trust and grants offered by the European Union and the Council of Europe. 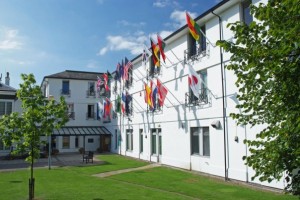 The Committee also reviewed the draft of the Region’s first ever Membership Report, a document resulting from in-depth research and analysis of census figures and other statistics. The Report will be published before the end of the year.

A session of the Joint Committee of the European Scout Region and the Europe Region WAGGGS took place as well, during the course of which a progress report of “Roverway 2012”, the European Regions’ event for Rovers and Ranger, was received.

Check the Committee.Update for a more detailed summary of the meeting.