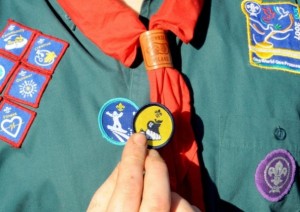 The Scout Association plans to re-launch the campaign that was once very successful. Bob-a-job week, first introduced after the Second World War, became an annual fixture in which boys knocked on doors to ask for work to do and expected a shilling in their fundraising envelope in return. It will be in modern form and will be called Community Week, designed to comply with health and safety laws and to avoid the risk of compensation claims.

Instead of offering to wash cars or mow lawns for a shilling, the new ‘community week’ will see Scouts offering help to hospitals, care homes or volunteer groups. Around 40,000 scouts are expected to undertake activities. Sometimes there will be tasks carried out for private households in return for a donation to the local scout troop – although with the ruinous level of inflation they would probably hope that the old rate of a shilling would be superseded by something higher.

Probably the greater focus will be on a single project lasting a week and involving the whole group – perhaps polishing items in a museum or doing some gardening for a hospital of care home, or clearing woodland or building work on a local playground. The work will be done for free but residents in the local community who appreciate it will be invited to give money.

There are 400,000 scouts in the UK – aged from six to 25. There are another 30,000 on the waiting list to join as there is a shortage of adult volunteers. There are 94,000 of them but that isn’t enough. ‘Modern working patterns make it harder for people to commit to always be able to do a slot like a Tuesday evening,’ the Scouts spokesman Simon Carter tells.

Milutin comes from Serbia and is a Director of Adult Resources at European Scout Office. He is following the Region's work on Educational Methods and Volunteering.