New countries ready to start partnerships with other Regions 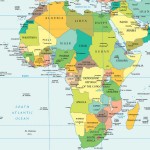 At the meeting of the North-South Network in Rome on 18-20 March 2011, I was happy to see that the number of associations interested in Partnerships with other Regions is growing. Associations that are planning to start new partnerships include Scouting Ireland, CNGEI (Italy), ASDE (Spain) and Soma Hellinon Proskopon (Greece). They had come to the meeting with the aim to learn from the experiences of others and get useful advice for starting their new partnerships.

Ann Foley, International Commissioner of Scouting Ireland said: “In Ireland we have decided that it is time for us to establish a partnership with Africa. The consultancy of the Region has been extremely helpful in this planning phase. We have participated in a training course in Senegal within the Unguvu project and now we are here at the North-South Network. Next, we will work with a scout consultant to define our aims and then it will be time to identify a partner association in Africa.”