Focus on partnerships in Rome 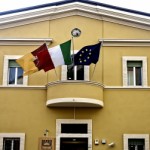 Almost 40 participants, from 14 countries, met this week end in Rome for the North South Network Meeting. Kindly and nicely hosted by AGESCI in the Roma Scout Centre, the network meeting was intense and productive! Issues of joining existing partnerships, cooperation with WOSM Europe region (regarding partnerships with other regions priority), the funding opportunities and the preparation of the activities to be held at the GDV during the Jamboree in Sweden, were tackled and discussed. We also had an update from the colleagues from the Africa Region, by the liaison officer, Jacques. A lot of discussions also took place during the coffee breaks, lunches and dinners, exchanging information, sharing experiences.

If you want to discuss partnerships, discover new ways of establishing or revitalizing them, join us in Denmark, 21-23 October!