The Unguvu Project Gets Under Way 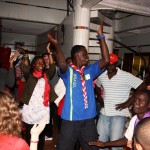 The Unguvu Project has now fully entered the implementation stage. Unguvu, which means “strength through unity,” aims to strengthen existing and create new Europe-Africa partnerships. It is the first multilateral project of its kind between the European and African Scout Regions.

Co-funded by the Youth in Action programme of the European Commission, Unguvu forms a key part of the commitment of the two regions to work together in partnership. Over the course of 2011, thirty-three young people from the partner associations, as well as representatives from the two regions, will work to build their capacities and act as multipliers to strengthen existing partnerships, creating new, bilateral and multilateral, partnerships between NSOs/NSAs. As part of this process, participants will produce an introductory handbook and training module that can be used by Youth NGOs to introduce even more young people to Europe-Africa partnerships.

From 14-20 February 2011, the participants took part in the first workshop of the Unguvu Project in Dakar, Senegal during which they were encouraged to explore the meaning of partnership and to examine the life-cycle of partnerships through an interactive role play exercise. Participants identified the challenges and prejudices that can be associated with partnerships and discussed how they could meet these challenges. The experience also provided a chance for the participants to make new friends and forge new relationships and through practical experience and sharing they began to further formulate their ideas and to begin work on the two tools. 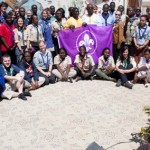 Between February and the end of May 2011, the participants will also be facilitating national consultations within their organisations. This consultation process is a youth led process targeted at young people and designed to allow the partner Scout Organisations to contribute to the process important elements such as; defining what is important to them in relation to partnership and what to include in the Handbook and Training Module This input will further enrich the work on the tools and allow as many young people as possible in the partner countries to contribute to Unguvu. National consultations have already begun in Burkina Faso and Zimbabwe.

During the Dakar workshop, three working groups of the project were formed; one for the Handbook, one for the Training Module and one for the national articleimageconsultations. These are now busy working on the tools and consultations. As the participants continue to develop the tools up until the next working meetings in Nairobi (April) and Burg Rieneck (June), they will gain further experience of working in partnership and further develop their capacities. During the next few months the participants will also be facilitating national consultations within their organisations. This input will further enrich their work on the tools and allow as many young people as possible in the partner countries to contribute to Unguvu.

This project has been funded with support from the European Commission. This publication [communication] reflects the views only of the author, and the Commission cannot be held responsible for any use which may be made of the information contained therein

Tim comes from UK and is Project Officer, Cooperation at the European Scout Office. He is following the Region's work on Partnerships with other Regions and on international development issues.