Doing promotion of Scouting through videos? Then Check this out! 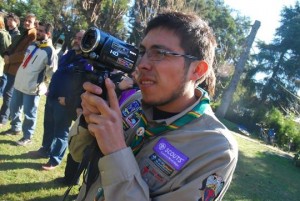 Many NSOs/NSAs not just in the European Scout region, but worldwide are using videos as one of the tools for their promotion, as well as for attracting new members and new Scout leaders. This article is providing a list of some of the videos that can be found on internet, that are produced in the last several years.

This article is not planned to make evaluation of these videos as tools for promotion and membership growth, but just to present them as practices that can serve as generators of ideas for other NSOs/NSAs.

If a picture says more then 1000 words then what about video? In avarage video there are more than 24 pictures per second…

In the WOSM library, there is a video titled Action for Growth. This video explains in brief steps that are suggested to be undretaken in order to achieve membership growth in your association / organization. The link to the video is the following:

Many NSOs/NSAs have developed their videos with a main goal promotion of scouting and attracting more membership.  Here we will present videos from some of the NSOs.

Some of the promotional videos of UK Scouts:

What can change a life?

Video that can be used for recruitment of volunteers:

Qualcosa sta per arrivare – A Centenary video of CNGEI

Israeli Scouts – History of the movement

Promotional video for Rangers and Rovers

Denmark, Be part of the Adventure – DDS promotional video

100% Pfadi – A promotional videos from Switzerland: and

A movie trailer for a Slovenian film talking about Scouts. This film was not produced by Scouts:

Poland – promotional video for tourists, in which Scouts are mentioned, as well:

Boy Scouts of America has a series of webinars and podcast recordings that have been presented to assist in the membership campaign. Presentations can be used to reinforce how to make an impact in membership.

A links list of Membership Growth webinars of BSA:  http://www.scouting.org/scoutsource/Membership/Podcasts.aspx

Beside the webinars, different units of BSA developed their promotional videos, and some of them are:

A 60-second spot titled “The truth about Scouting”, first showing the public’s perception of scouting, then the real thing:

Scouts Australia have developed a series of promotional videos in the last several years, and some of these videos are:
A video for recruitment of Scout leaders:

If you are aware of any video produced by any NSO/NSA and, according your opinion, is interesting to be shared with Scouts from other countries, please send it to Jordan Bajraktarov (jbajraktarov@scout.org), so information about it can be shared here.