A Proposal for the Future of the North-South Network: The “Declaration of Zürich”

By Valeria Ileana Siciliano On 29 March 2013 · Leave a Comment

Between 14 and 17 March 2013, the Partnership Event of the North-South Network, hosted by the Swiss Guide and Scout Movement, took place in Zürich. A meeting, which is held every march in cooperation with the European Region of WOSM (World Organization of the Scout Movement). More than 70 participants from different Regions, such as Europe, Eurasia and Inter-America successfully discussed the following themes:

Fundraising of partnership programs, the life cycle of partnerships, partnerships as an answer to the needs of the cooperating NSOs, the UNGUVU project, the future of the North-South Network and an update from WOSM’s activities, including some in the Africa and Eurasia Regions; etc. 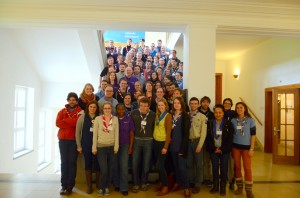 With the International Evening at the end of the first day, participating Scouts and Guides underlined the culinary diversity of Scouting and Guiding worldwide. The second evening, all participants were invited to enjoy the view over the city of Zürich from the Üetliberg Tower, while a guided city tour was offered on the last evening by local Scouts and Guides.

During this event, all the participants agreed on a common declaration, the so-called ”Declaration of Zürich“, which reflects common wishes and expectations for the future of the North-South Network and its meetings.

The participation to the meeting was supported by the Youth in Action programme of the European Union and by the Mercator Stiftung Schweiz.

The next Meeting of the North-South Network will be held from 18 to 20 October 2013 in Madrid, Spain.