Growth through Quality – Ideas for the next triennium 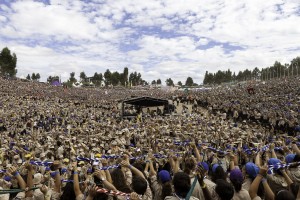 The Growth through Quality Working Group have been reviewing the impact of their work and looking to the future of how to support growth in the next triennium.  A questionnaire was sent to a variety of NSOs in the Region and the group also called on their own experiences of speaking with NSOs directly and feedback from the European Academy.  The Group asked nine questions of all their contacts and the results were considered at the beginning of March and were surprisingly consistent.

NSOs were asked if they were satisfied with the work of the Region on this subject over the last three years.  It was clear that the majority were happy with the work which had taken place but also clear that some NSOs had missed the support available.

NSOs were asked what were the biggest successes of the work that had been done by the Region and it was clear that sharing best practice opportunities and tailored support were valued above any other initiatives.

Next they were asked what were the main issues that required support for the next three years and four clear issues emerged;

When asked if the NSO had a growth plan and what progress had been made the answers were very varied.  Most NSOs had a plan but it was clear they are in a variety of stages – some were still developing, some had just started to implement and others were reviewing a previous plan.  The success was also very varied with some NSOs reporting growth with others saying it was too early to tell.

When asked what lessons had been learned so far the unanimous answer was very clear from all NSOs – that a long term holistic strategic plan was required to really impact on growth.  Short term plans focussed on specific aspects of Scouting (for example youth programme or marketing) did not have a sustained impact.

NSOs were asked what they needed to address in the next three years and there were two clear answers.  Firstly implementing the long term plan across all areas of their work such youth programme, improving finances and improving adult support.  Secondly and specifically many NSOs requested support with marketing and promoting Scouting in their country.  When asked what support they required to do this again the answers were very clear and specific – more tailored support and more opportunities to share best practices.

Finally NSOs were asked if Growth through Quality should be a separate chapter in the next Regional plan.  Whilst all NSOs felt that growth should be a clear priority there was less agreement about whether linking to a broad definition of “quality” was helpful.

The discussion document prepared for the symposium also asks a number of questions;

Tagged with: Growth through Quality