(Budapest/MCSSZ) – This year Magyar Cserkészszövetség (MCSSZ), the National Scout Organisation in Hungary, is proudly looking back on the first century of Scouting in Hungary and a number of activities have been organised to mark this important occasion.

“Cserkészen az életre” (Be Prepared for Life) was one of the events during this summer and also part of an 18-month project on growth supported by the European Region’s Partnership Fund.

“As part of our association’s growth project we had decided to organise a series of summer camps and to open them for non-Scouts, and in particular to children from socially and economically disadvantaged families and communities, such as the Roma minority living in our country. The idea behind this was to make Scouting visible and to provide a true Scouting experience to boys and girls not yet familiar with the Scout Movement.”

Scouts and non-Scouts side by side in the same boat

“Several of our existing Scout Groups also participated, which meant that we ended up with a 50-50 ratio of Scouts and non-Scouts and both groups were able to benefit from this experience.”

“I think, a number of the non-Scout participants had never before lived in tents, cooked their own meals, enjoyed the atmosphere of a camp fire or experienced a variety of outdoor sports and other adventures. For all this, we created camp-patrols and camp-troops, trying to mix Scouts and non-Scouts from the same geographical area.”

“Now that the new Scout year has started, we already know that many Scout Groups across the country have been approached by more than 300 non-Scouts who had participated in the camp”. 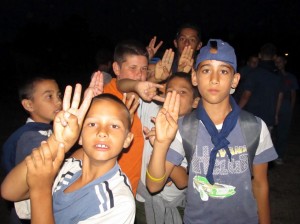 Tired after a day full of Scouting but ready to join the big family, which is the Scout Movement

“In some places the demand was so high that new Scout Groups have been opened, too, as for example in Szajol, Pilisvörösvár, Karancsság or Rácalmás. Thankfully, we had anticipated this development and the training of regional mentors – which had been part of the growth project – really paid off. Initially, these new Scout Groups will be accompanied by a regional mentor and also twinned with an existing Scout Group in the same area.”

“The months ahead of us will show us, whether this concept will succeed, whether the newly recruited members will join the Movement and whether newly opened Scout groups will sustain.”

“But we remain optimistic and already a new target has been set: by 2013 we want every Hungarian girl and boy as well as their families to be familiar with Magyar Cserkészszövetség and the Scout Movement in general!” 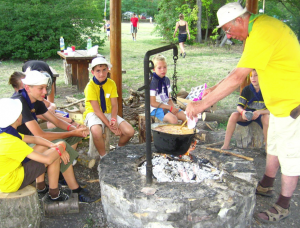 Now look carefully, because tomorrow you will be cooking our soup!

And, indeed, it looks as if the efforts invested by Magyar Cserkészszövetség really paid off: here are some remarks participants of the camp and their families left on the association’s website:

“Thanks a lot to the Scouts. They did a great job and the camp provided me with a lot of new and enriching experiences.”

“I would like to thank the Scouts for all their work, energy and enthusiasm! This camp really was a memorable experience for my son!”

“I would like to thank you for this exciting camp. The kids really enjoyed every moment and don’t stop sharing stories of what happened during those days. I hope you will continue providing similar camps in the future!” 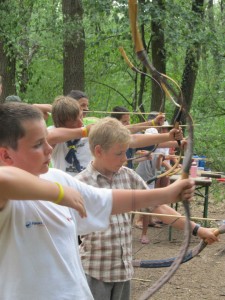 Right on target and ready for the adventure of (Scout) life

Have a look and see for yourself: