(Jeddah/WOSM, ONCR) – “Pitching tents on sand”, “Scuba diving in the Red Sea”, “Sword dancing around wood-less camp fires”, “Small talk with a King and his Queen”, “Sleeping in carpeted and air-conditioned Bedouin tents”, “Discovering Arab Scouting’s community development projects”  … these were just a few of the highlights more than 20 Rovers from different European National Scout Organisations were able to experience during their recent ten day adventure in Saudi Arabia. 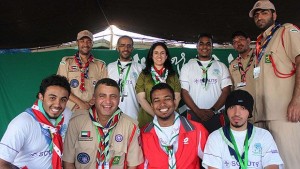 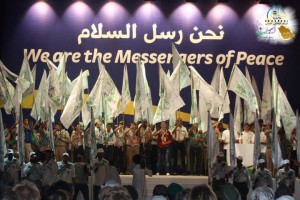 The Launching Ceremony in Jeddah

Earlier during the week, when attending the Saudi Arabian National Day celebrations in Jeddah, Saudi Arabia’s Minister of Education, HH Prince Faisal bin Abdullah bin Muhammad Al-Saud, who is also President of the Saudi Arabian Boy Scouts Organisation, had praised the project, which “seeks to spread the values of Scouting among young people and our societies”. The ultimate aim of the project is to make all 30 million Scouts worldwide ‘Messengers of Peace’ who would thus “play an active role in further promoting peace and stability in our world”. It is hoped that the project will eventually involve all 161 member organisations of WOSM, thanks also “to an initial generous grant from the Kingdom of Saudi Arabia”. 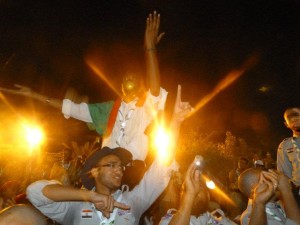 While dignitaries, including His Majesty King Carl XVI Gustaf of Sweden and members of the Saudi Arabian Royal Family, were introduced to some of the ‘Messenger of Peace’ projects, the younger participants of the Peace Camp experienced a variety of traditional or innovative Scouting activities.

“Being involved in this event has been the adventure of my life”, reports Andrei, from Romania, and his friend Catalin continues “I can honestly say I felt becoming a true messenger of peace!” Not only did he and other European Scouts have the opportunity to meet and interact with Scouts from many other, particularly Arab countries, “but I also had the privilege to meet a King, who wished us well in our work as Scouting’s ‘Messengers of Peace’”. 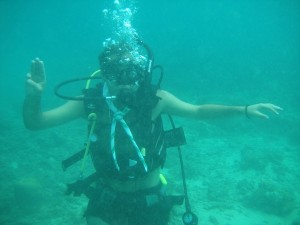 Other than as ‘Messengers of Peace’, Catalin and Andrei return home as newly certified open water ‘Scuba Scouts’: “By far the most memorable activity was the Scuba Diving Course in the Red Sea, that gave me a few incredible hours around the corals and surrounded by amazingly colourful fishes” recalls Andrei. Equally thrilled by this experience, Catalin adds that “apart from the fact that fuel for cars costs about 15 cents, I was deeply impressed by the hospitality of our Saudi hosts and by the level of development the Scout Movement appears to have reached in that country.”

Commenting on the global project, Prince Faisal concluded that “King Abdullah had instructed his government to support the project for ten years”, thus ensuring that “Scouts all over the world would launch and carry out their own ‘Messengers of Peace’ projects for the benefit of our societies. Just imagine 30 million young people, Scouts like you and me, being active in their local communities and contributing to creating a better world!”