12 Scouts from Uganda cycling to the World Scout Jamboree 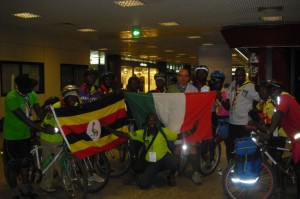 Scouts of Uganda in Italy

On its way to World Scout Jamboree, contingent from Uganda cycling  to jamboree site.

Contingent landed in Italy on the 27th June, in Rome and they had to assemble their bikes since they had to split them in many pieces in order to carry them by plane.

Unfortunately, weather had been very bad in Nairobi on the 26th and they and their stuff got wet by riding from Rowallan to Nairobi airport. 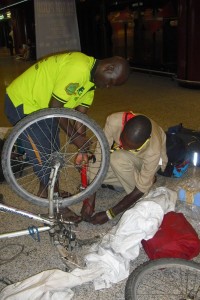 As soon as they assembled their bikes (it took two hours), they left the airport to go towards the coast and spend our first night in a local camping. The guys had some pizza and got to know each other.

Next days of the expedition should pass through the Tyrrenian coast, La Spezia, Parma, Brescia, Rovereto and Bolzano before crossing the Austrian border and then the German one.

The contingent consists of 12 people: a coach, 9 participants, 2 leaders. 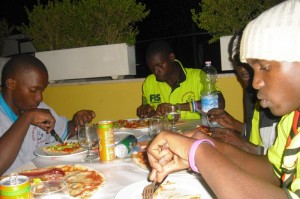